A tall, red-headed teenager holds up a treat and aims her camera at an adorably-rotund dog who sits and stares attentively. After a few shots are taken, the dog is rewarded with the treat and petting.

The photographer is Camille Akin, 17, a senior at Premier High School. The dog is Buddy, a perky pit bull mix awaiting adoption at The Austin Animal Center. Akin spends most of her free time working tirelessly to save lives like Buddy’s by using her photography talent and nine years of dog-training experience. 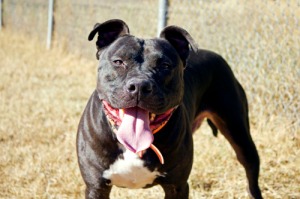 Akin’s passion for pooches began when she was six years old and her parents gave her a rescued pit bull mix named Star.

Star recently died, but her memory serves as Akin’s inspiration to restore the reputation of the much-maligned pit bull type dog, and place them in the homes of responsible adopters.

“Pit bull types are the most enjoyable dogs to train because they are so eager to please,” Akin says. This desire to please people is why she believes some of them get into trouble.

“They often attract the wrong types who want them as guard dogs or fighters, and some will do these things as a way to please their owner. When the right people give them a chance and adopt them, they are fantastic family pets.” As evidence, she cites numerous successful adoptions of which she has played a pivotal role with her marketing efforts via Craigslist and community bulletin boards.

Akin has an average of five ads running at any given time for long-stay shelter residents that are a part of Hard Luck Hounds. The program is a volunteer-led effort to help Austin Animal Center’s harder-to-place pups find families via enhanced marketing, adoption perks such as training vouchers, and follow-up “tech support” for questions or issues adopters have. The group’s adoption aim for the year was 58 dogs. This month they celebrate their one-year anniversary during which time they have adopted out more than double their original goal – 125 last-chance dogs.

“Before Austin’s 2010 no-kill initiative, the dogs in the Hard Luck Hounds program would have been euthanized,” Akins says. “They are the dogs all other rescue groups have chosen not to pull.” 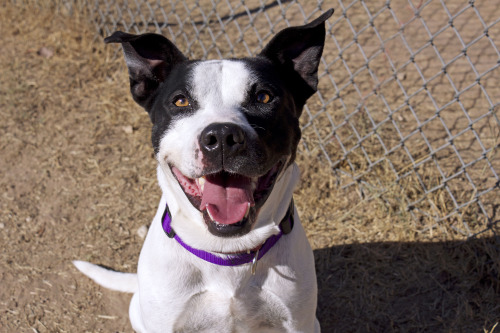 One such dog was Valentine, a blue pit bull mix who was found starving and sickly with her puppies, all of whom died. Because of being chained up for so long, Valentine arrived at Austin Animal Center with a malformed pelvis and leg that will always pop out of place. Hard Luck Hounds paid for Valentine’s vet care and Akin’s family fostered her until a young man answered Akin’s Craigslist ad. After a few phone calls with the potential adopter, Akin realized Valentine had found her “match made in heaven”. When the man met Valentine he told Akin, “This is the dog I’ve been waiting for”. Valentine now lives on a hilltop ranch near Lake Travis with five acres, a pool and two devoted parents.

Stories such as Valentine’s are why Akin remains a committed two-year veteran of shelter volunteerism despite the inevitable heartbreaks that happen.

“As a volunteer you can literally save lives just by taking dogs on walks and hanging out with them,” she says. “You can make dogs’ lives better and help people find their new best friend. It’s such a happy, rewarding experience.”

Akin says working with dogs has given her the confidence to pursue her goals and overcome peer pressure.

“Dog are these all-accepting, pure beings who don’t care about your race, looks, or how you dress,” Akins says. “They give you the acceptance that everyone needs.”